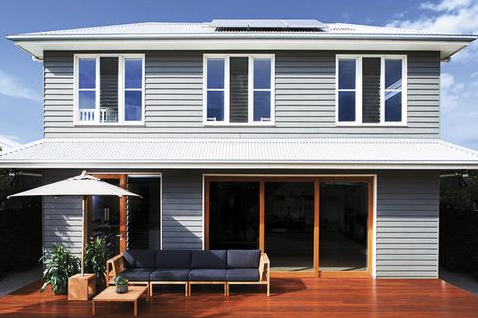 If you’ve spotted unsightly black, grey or brown areas on your painted surface, chances are you’re having a mould problem. Mould is not only a threat to your property, but also poses a health hazard to everyone living in the affected property. This article should help you identify the problem and discuss ways how to fix it.

As other mould, interior mould is caused by moisture and is often found in poorly ventilated damp areas that receive little sunlight. (Think laundries, bathrooms and kitchens…yikes!) But, there are other conditions that can lead to increased incidence of mould in properties. For example, mould is more likely to occur if lower quality paint was used. Same applies if bare wood was not primed before painting. It doesn’t hurt to add that mould will not disappear if you just paint over a layer of it (we’ve seen this happen!), so make sure mould is removed first.

So, what is the best way to get rid of mould on painted surfaces? First, test for mould by applying a few drops of household bleach to the discoloured area. If it disappears, it is probably mildew. Remove it by scrubbing with a diluted household bleach solution (one part bleach, three parts water). Be sure to protect yourself by wearing rubber gloves and eye protection. Then, rinse thoroughly, allow to dry, prime and apply one or two coats of top quality paint specifically designed for use in damp areas like bathrooms. To prevent mould from re-growth, install an exhaust fan to help with ventilation. Finally, make sure to open all the windows and doors every once in a while to give your house a breath of fresh air that will help prevent mould in future.

Tips and tricks for your DIY painting project

Sometimes, hiring a professional is not really a feasible thing to do. We get it – it might be that you are financially constrained, need a very small touch-up or you already have some painting skills and are ready to take on a challenge. That is fine. (You can always call us if things/brushes get […]

Painting 101: A step-by-step guide how to paint a house interior

At Elegant Look Painters, we are passionate about good painting jobs. At the same time, we understand that sometimes it is just not possible to hire a professional or it can be that you really want to do the job yourself as a project. While we cannot give you the experience (you can get that […]